The 30km branch line from Tapah Road to Teluk Intan (formerly Teluk Anson) closed down in 1989 due to a decline in traffic. It opened in 1893. At that time it was one of several unconnected sections of the Perak Government Railway. Tapah Road was connected to Ipoh in 1895 and eventually linked to the Selangor State Railway in 1902 after both railways became part of the FMSR.

The tracks were dismantled and removed by the Japanese during WWII but restored again by December 1946.

The railway line has a couple of claims to fame. It was the location of the first train crash in Malaya which occurred in July 1888 at Sungai Kerawai Halt. On another occasion,in 1894, a train was charged and derailed by a wild elephant, seemingly in retaliation for the train killing her calf in an earlier incident. There used to be a sign on the edge of Teluk Intan commemorating the spot where the elephant's brave sacrifice took place. A bone of the elephant was on display at the KTM Mini Museum at KL Railway Station - not sure if it is still there. 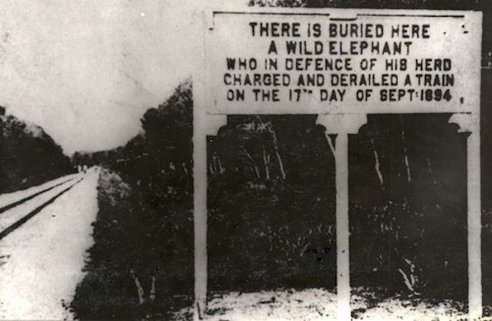 Teluk Intan railway station is now used as a driving school. There does not appear to be any signage or tracks remaining in town but small stretches of railway track have survived near Chikus.

what to see in teluk intan

There is quite a lot to see in Teluk Intan for lovers of old buildings.I have written about the main attractions in my Malaysia Traveller website.

Here are a few additional pictures of Teluk Intan. 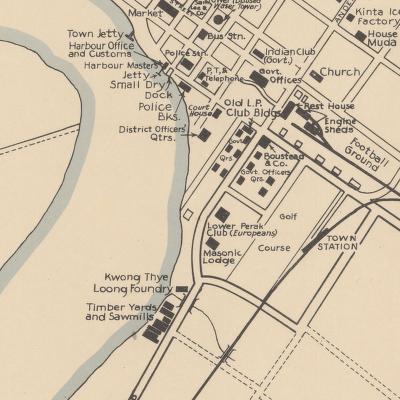 Part of a 1945 map of Teluk Anson showing the location of the railway station and engine sheds. 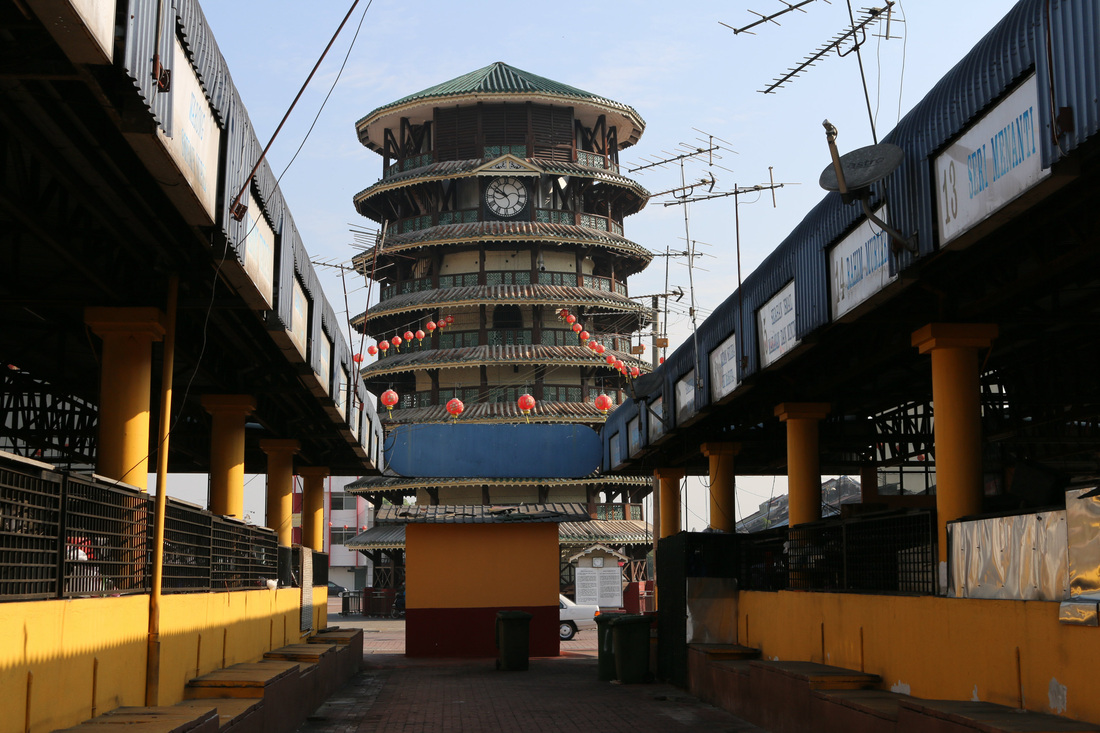 The market and covered food stalls are overlooked by the Leaning Clock Tower, Teluk Intan's most famous attraction. 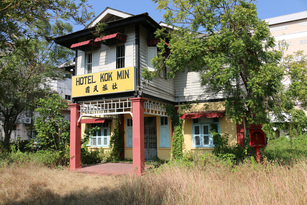 Hotel Kok Min. Plenty of character but appears to be padlocked.
The Hotel Kok Min looks like it may no longer be operating but there are a number of other hotels in Teluk Intan. Take a look at Agoda's website for a list of available hotels at discounted prices.
Return from Teluk Intan to Batu Gajah to Kepong Sentral

Return from Teluk Intan to Home