It must have been a little easier to write a Penang Guide in 1914, when the Federated Malay States Railway Pamphlet of Information for Travellers was published. Penang was still a small place with a population of just 101,182, compared to over 1.6 million today.

Here are a few extracts (in italics) from the pamphlet:

When Captain Francis Light landed in 1786 with 100 marines, 30 lascars from India, 15 artillerymen and 5 officers on a sandy point, what is now the Esplanade, the sole inhabitants to meet him were 52 Malays. They helped to clear the forest to build a stockade which is now Fort Cornwallis. To encourage the wood cutters he fired a bag of dollars into the jungle. 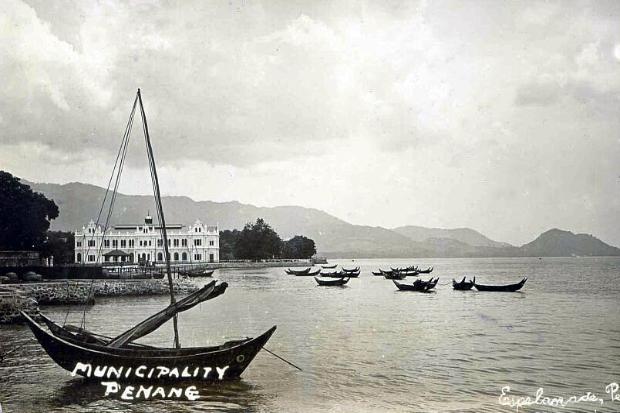 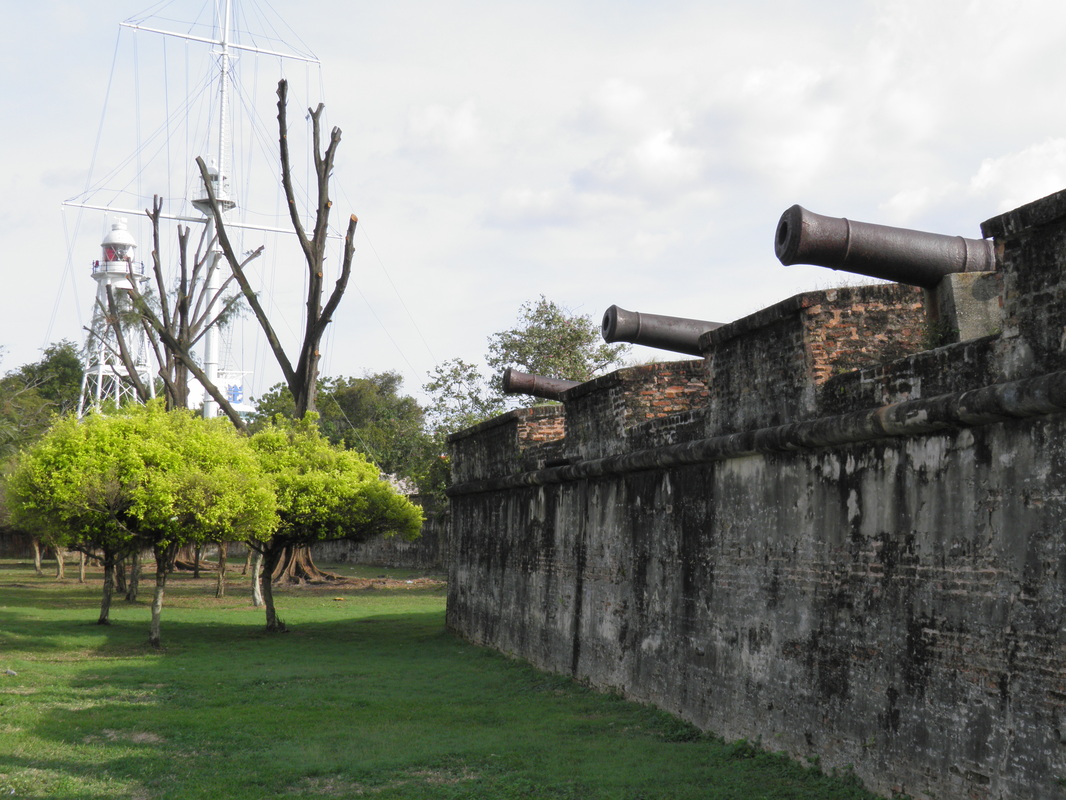 The body of Capt. Light lies in the old cemetery and in St.George's Church is an inscription to his memory. 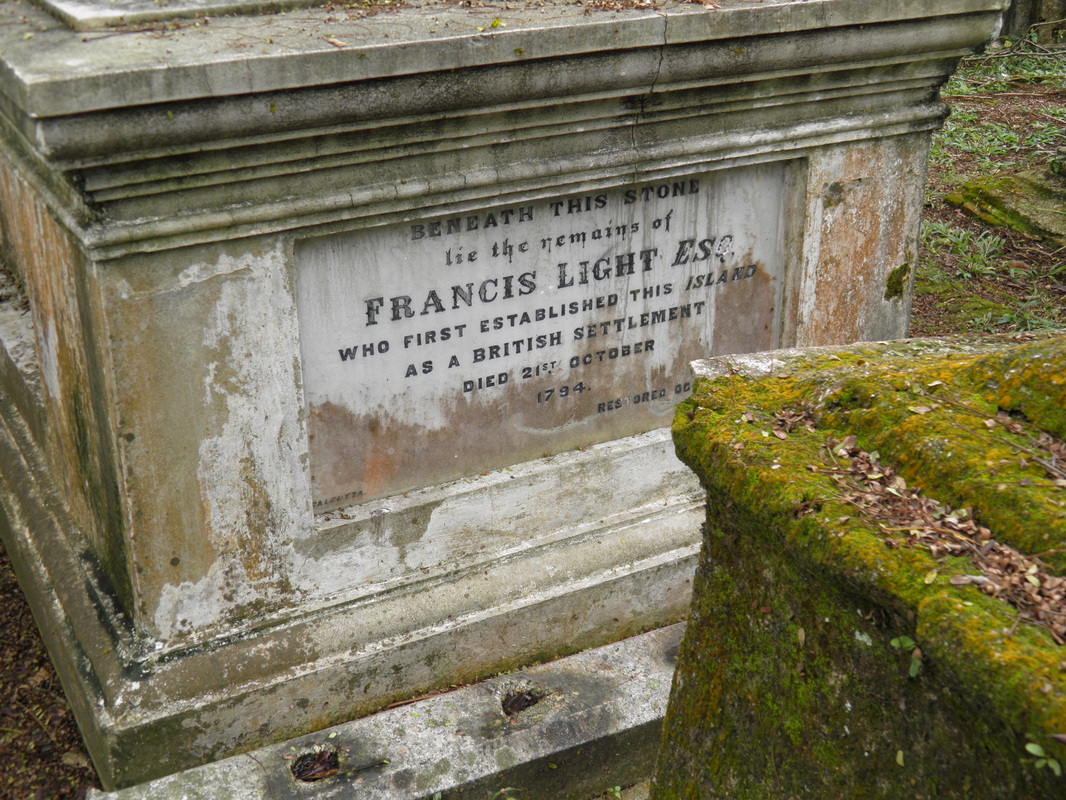 Grave of Francis Light at the Protestant Cemetery, George Town 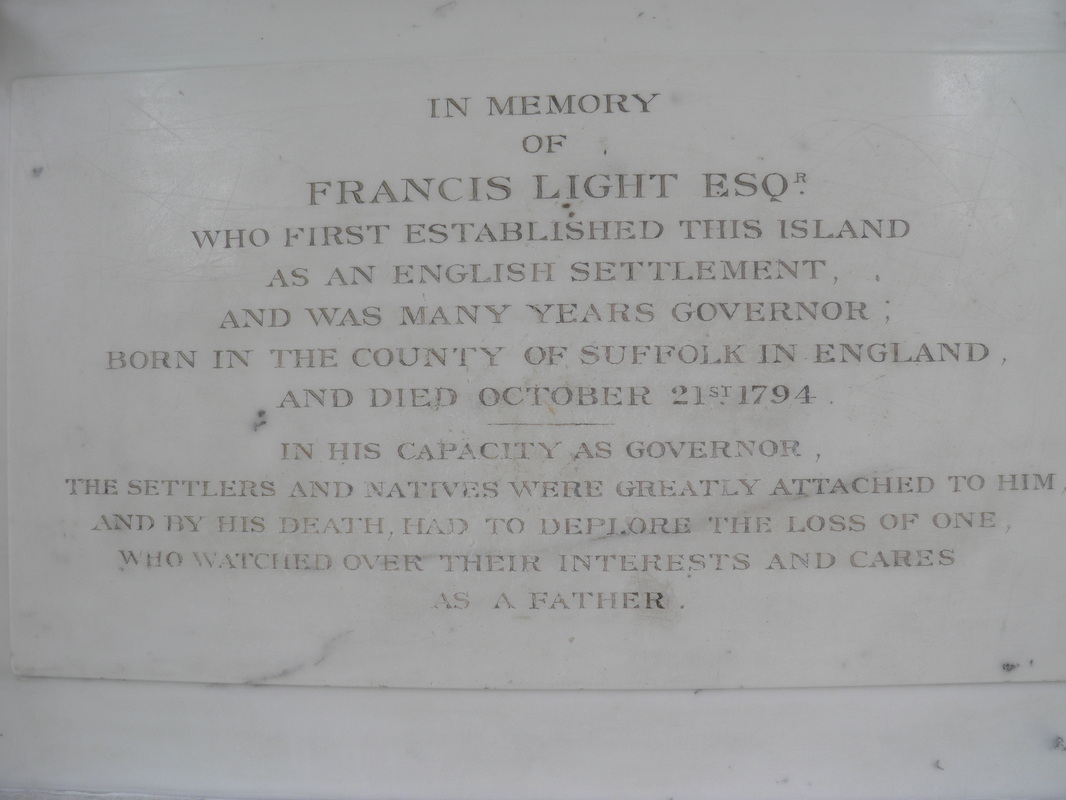 Inscription at the Francis Light Memorial in the grounds of St. George's Church

Opposite the railway jetty, across the tram lines, is an imposing white building, which is the railway station. It has a high clock tower, by far the most conspicuous mark in Penang whether from the sea or the land. 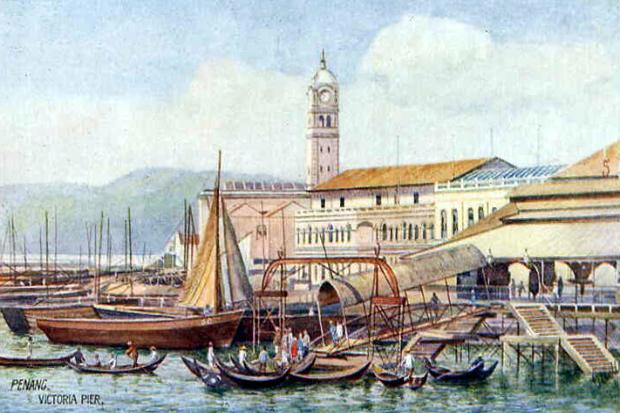 Victoria Pier with the Railway Station in the background (with tower). There were no trains at this station - passengers had to take the steam ferry from in front of the station to the mainland (Butterworth) to catch the train. 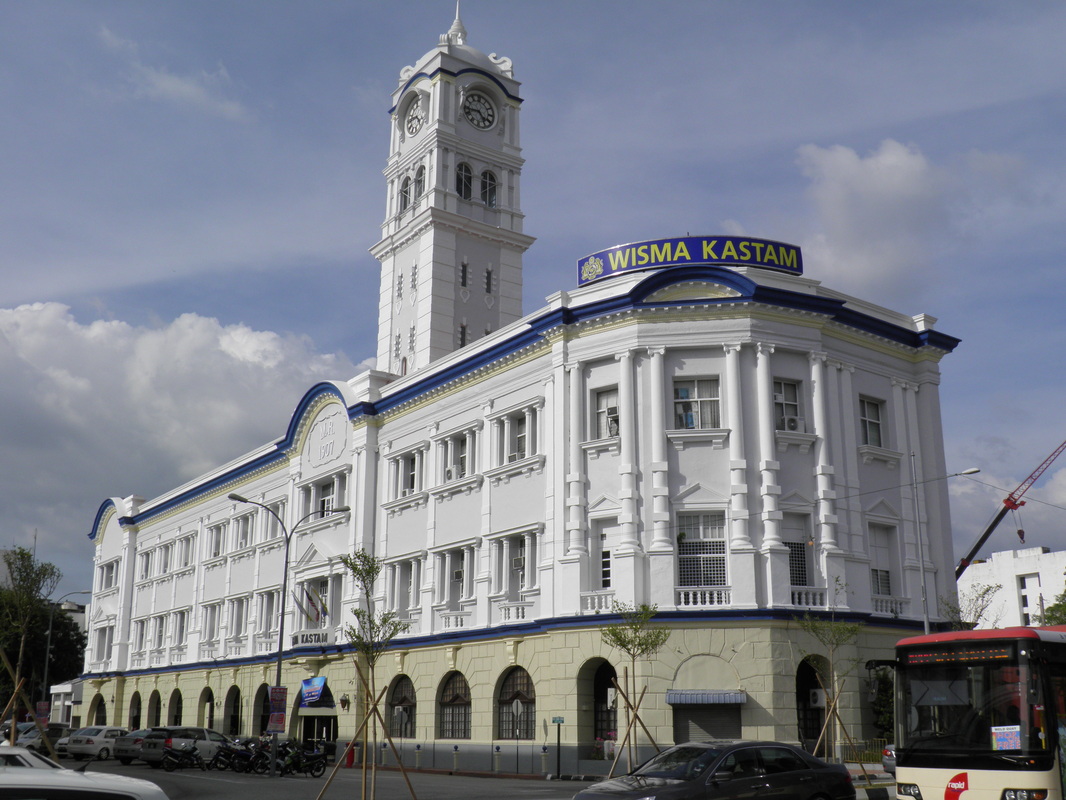 The former FMS Railway Station building is today occupied by the Customs Department.

From this pier leads inland is a street at whose end is the fine building of the Hongkong and Shanghai Bank. 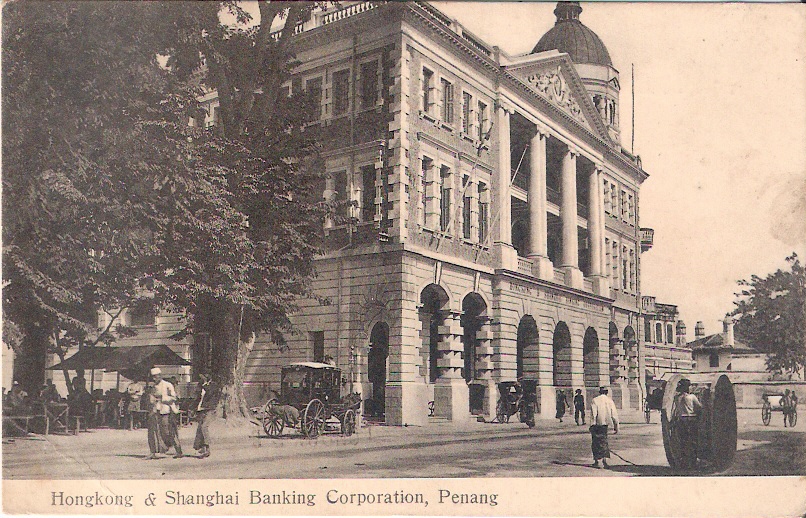 This building received bomb damage during WWII and had to be demolished. It was replaced by the current HSBC building below. 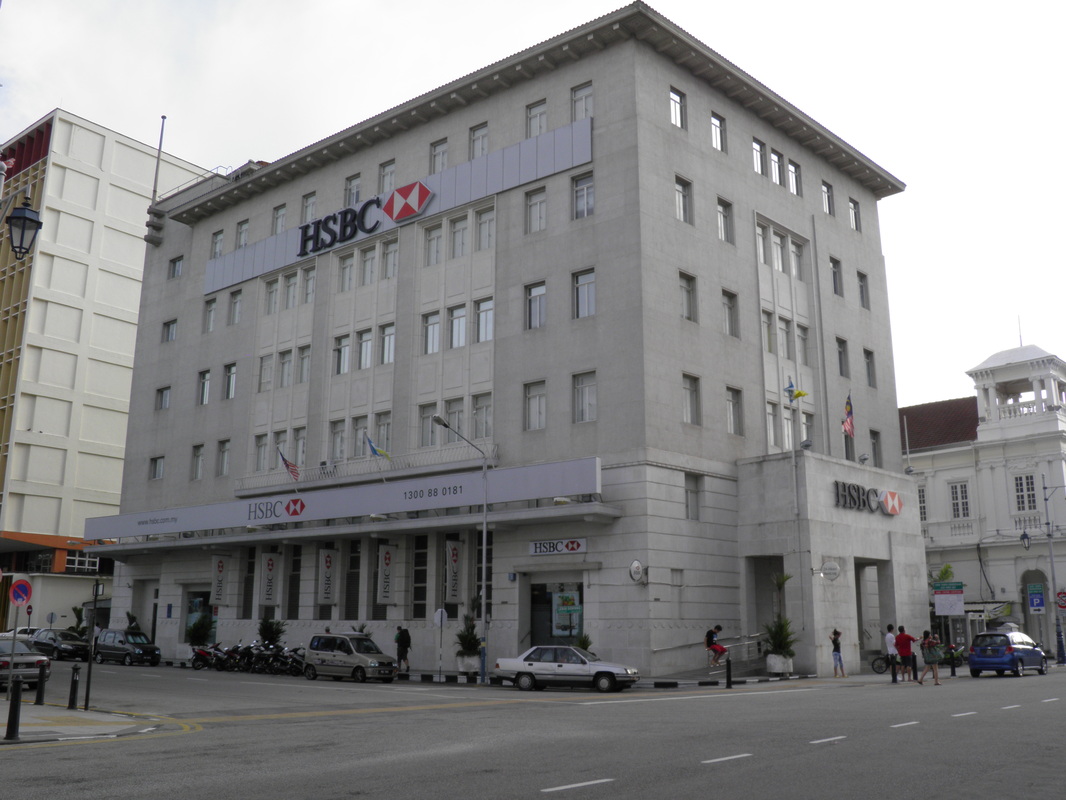 You can read more about the above building on my Thrifty Traveller blog.

Opposite Swettenham Pier is a clock tower presented to the town by a Chinese notable.

Leaving the town hall on the right, we arrive at the handsome Supreme Court Building. 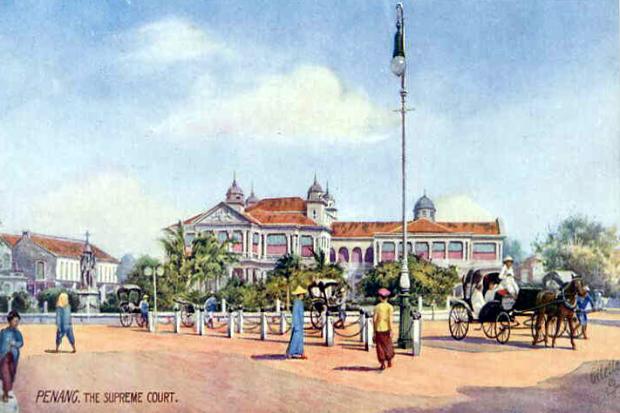 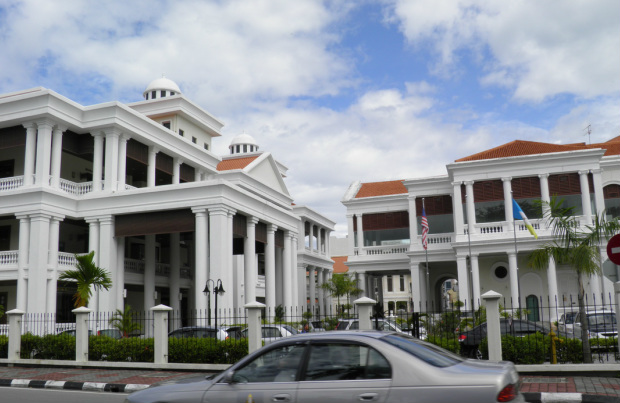 Continuing on we arrive at the Eastern and Oriental Hotel, admirably situated on the edge of the sea, from whose lawns, under shady trees, we see ship after ship arriving or departing, fishing-stakes lifting in the haze, and beyond them the blue hills of Kedah.

It is the west end of Penang which is the glory of the town. Here the roads are broad and good. At every turn are beautiful views of houses in their gardens. 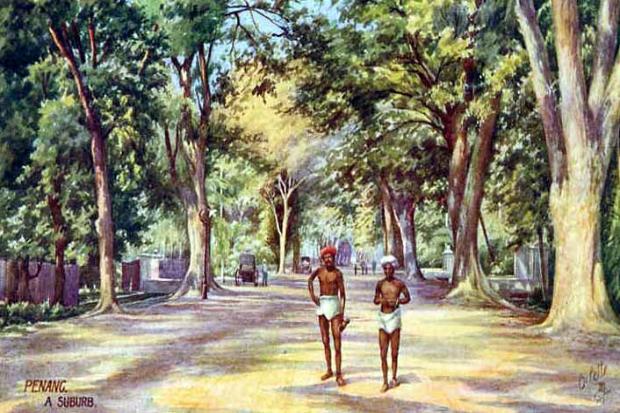 A turn to the left down Leith Street is worth taking, for along this street are several fine Chinese houses with exteriors decorated with a wealth of ornament in gorgeous colouring. Notable are the dragons ramping on the roofs and strange are the figures in china and pottery and the pictures in panels in outside walls. 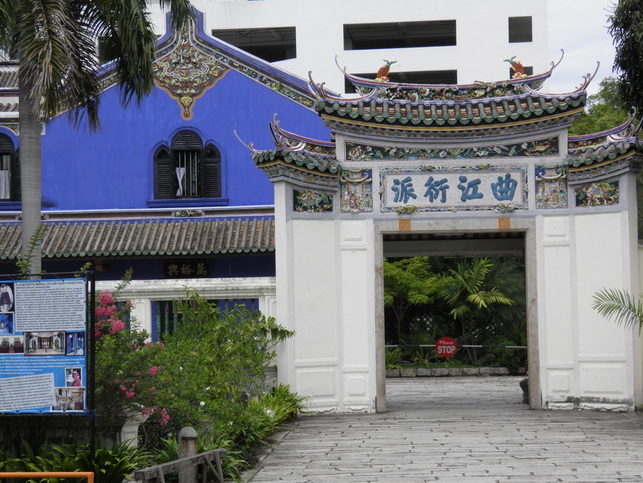 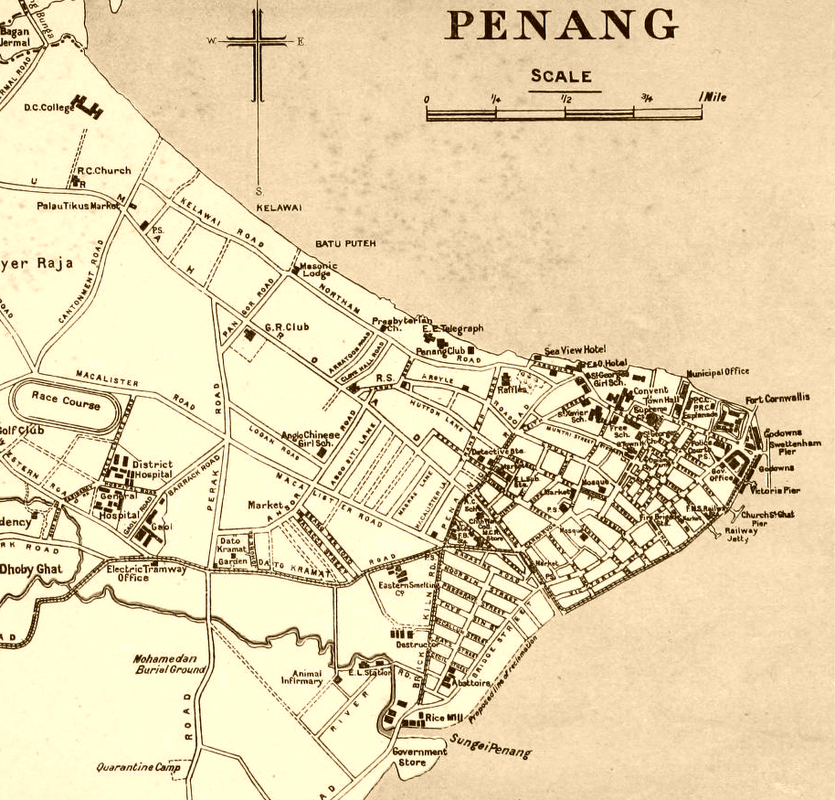 Map of Penang in 1914
Next Stop: Butterworth
Return from Penang Guide to Home
Some of the old postcard images appearing on this page have been kindly provided by Postcards of the Past.
Others are from the author's personal collection.