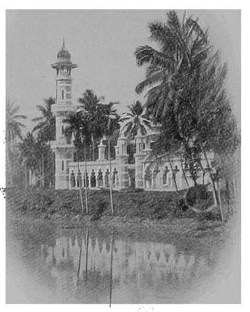 The Federated Malay States Railways Pamphlet of Information for Travellers of 1914 wrote about Kuala Lumpur as a brief stopping off point to change trains rather than as a destination in its own right. It suggested taking a half hour rickshaw round town which would cover 'the best part of Kuala Lumpur'. The only other attractions of KL worth seeing according to the author, for those spending more time here, were a visit to Batu Caves or a motor run up to Kuala Kubu. This is indicative of the fact that in 1914, KL was still a very small town of only 46,000 people, less than half the size of Penang and a fifth of the size of Singapore.

The pamphlet barely even mentioned KL's magnificent railway station which would have been gleaming and new at that time, having been completed in only 1910.

Here is the pamphlet's description of the rickshaw ride:

"As the down train reaches Kuala Lumpur at 6.23pm and leaves again for Singapore at 8.30pm there is an interval of more than two hours, which should not be filled by dinner, for that is served on the train as soon as it starts on the night journey.

On the station there are dressing rooms with bath-rooms attached, where one can take the usual afternoon bath of the tropics between trains and start again somewhat refreshed."

"The same applies to the up train. It arrives at 6.45am and leaves for Penang at 8am, and breakfast is served on it, so that there is ample time for a bath and even a rikisha to see something of Kuala Lumpur.

The station hotel is on the same side of the station as the European quarter, and the traveller should leave the station on the hotel side, for if he leaves on the other side he may very well lose his way in the native town.

To see something of Kuala Lumpur between trains, take a rikisha from under the hotel porch and start off to the left up the hill, leaving the railway bridge on the left, and keep right on down Damansara Road."

"A few minutes' run brings you to the Museum, on the right, on a bank above the road, and going past it, for it is too early or too late to look in, bear right-handed and in between the pillars of the entrance to the Gardens.

Keeping straight on, you have the Lake on the left and the hill on the right, whilst all before and around you a series of most lovely views takes up the morning or the evening light,

Continuing straight on, you begin to climb a hill, up which runs an avenue of splendid palms ending at the Lake Club. This you leave on your left, and by a winding road, still in the Gardens, arrive at the meeting of several roads known as Seven Dials.

From this you plunge straight on down hill, passing, on the right, at the bottom, the Volunteer headquarters, and thence you reach the level crossing.

On the right here are two hotels (Grand Oriental Hotel and Empire) and the resthouse. On the left is the Anglican Church." 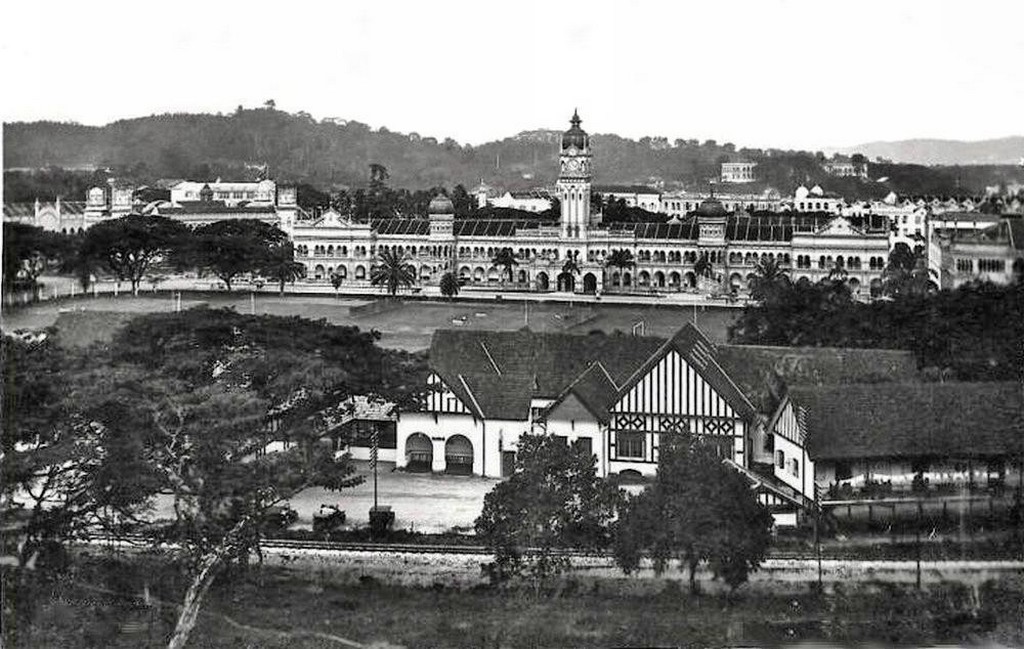 Kuala Lumpur. Selangor Club (foreground) with the Padang and Government Offices behind.

"Swinging to the right along the railway, you pass behind the Selangor Club, opposite which, on the other side of the Padang (cricket ground) is that fine block of Government offices, which are beautiful in the bright light of early morning, but more beautiful at night under the soft-toned glow of electric light." 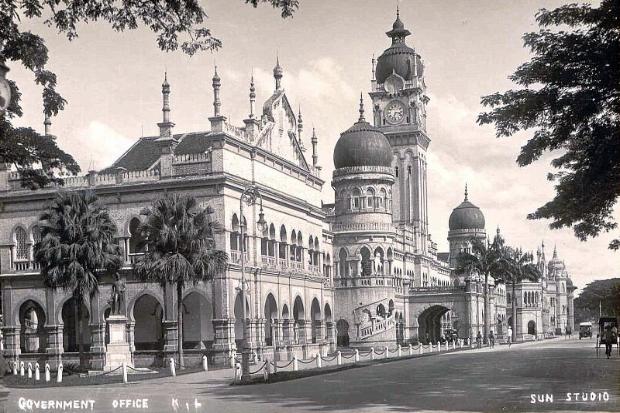 "Passing between the Club and the railway line and continuing round the Padang, the building on the right is the Government printing office and next to it is the Chartered Bank.

Round its corner you swing to the right, and crossing the railway by a bridge, dip down from that to the railway station again.

This circular run of 2 1/2 miles, with one person in the rikisha, should not take more than 35 minutes, and with 50 cents your rikisha man will be satisfied.

So too, should you be, for you will have seen the best part of Kuala Lumpur." 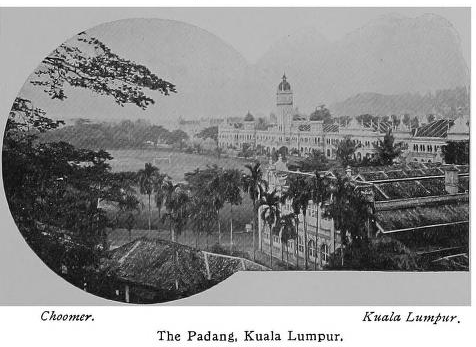 I thought it would be interesting to replicate this route. There are no rickshaws anymore so I just walked. It is still possible, just, to follow the same route and a surprising number of landmarks are still there, 100 years later. You would need to trot to complete the circuit in 35 minutes and for an emaciated rickshaw puller with a 170lb European sitting in the back of a heavy rickshaw it must have been exhausting work, all for 50 cents.

Here is my video of how the same route looks today:
You might also be interested in the following relevant pages on my Malaysia Traveller website:


Return from Kuala Lumpur to Home