This page is about Penang Trams. George Town was one of the first cities in the region to introduce trams, ahead of even Calcutta and Singapore. A steam tramway with a single metre gauge line commenced operation in the 1880s linking Weld Quay in the town centre with Ayer Itam, four miles away across picturesque scenery and coconut plantations. It was used both as a passenger service and to transport farm produce to the docks for export. A separate line ran out to the Waterfall Gardens (now the Penang Botanic Gardens) to transport stone from Western Quarries for use in the construction of many of George Town's historic buildings. This latter line was already abandoned by 1914 when the tram timetable and route maps below were produced. 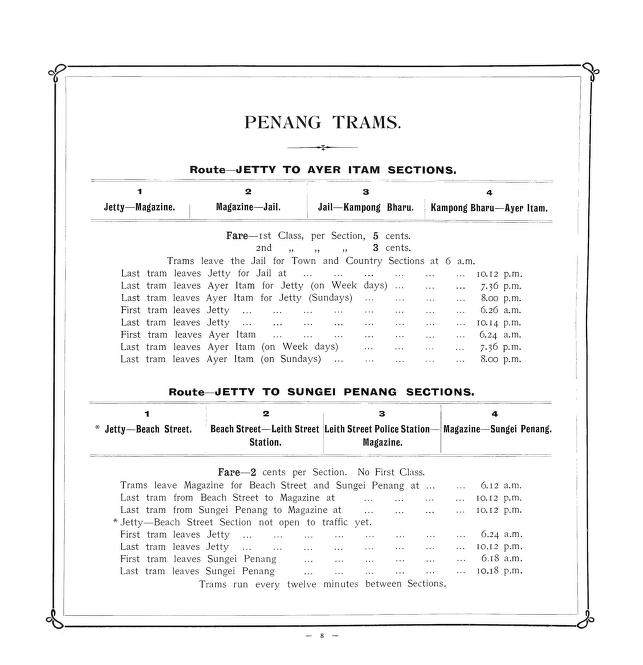 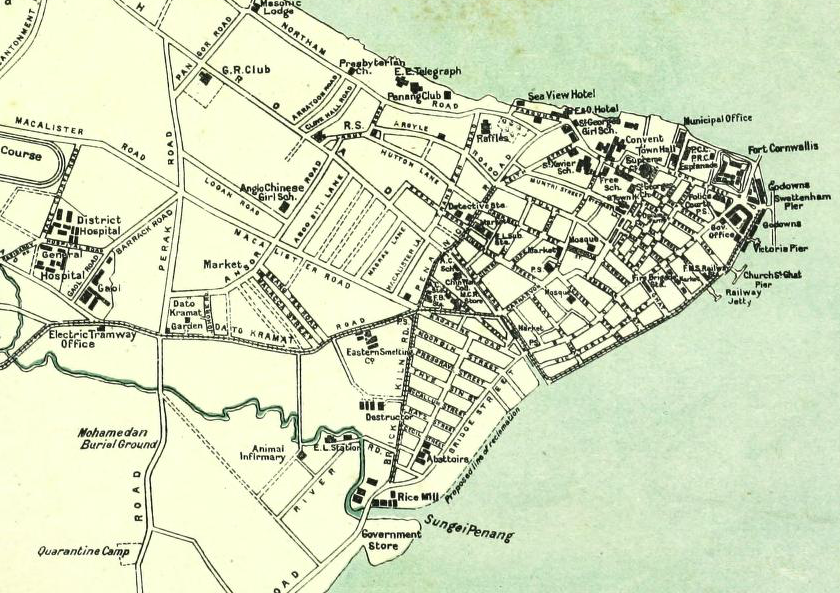 Map showing the 1914 route of the tram from Swettenham Pier as far as the Electric Tramway Office (and Depot), near the Gaol. It also shows the branch line to Sungei Penang. 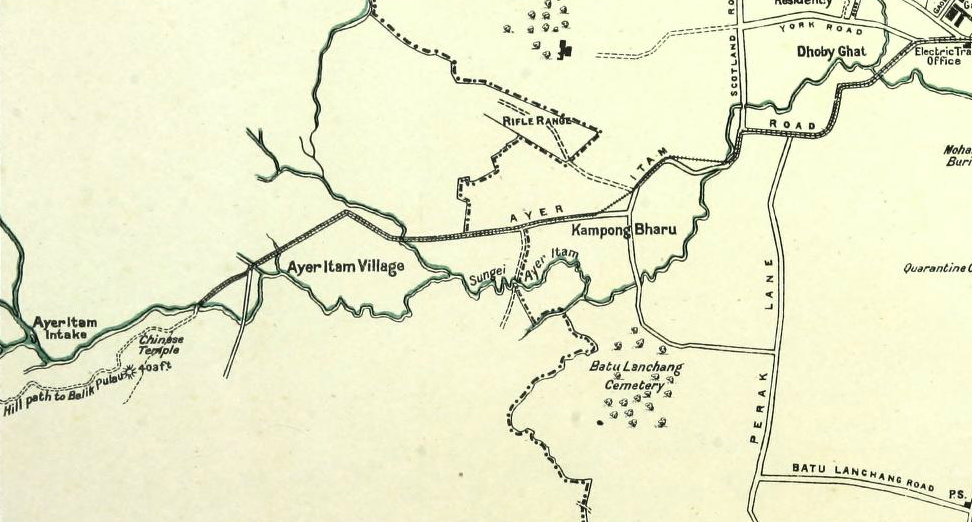 This is a continuation of the first map showing the route of the Penang Tram in 1914 from the Electric Tram Office as far as Ayer Itam, via Kampong Bharu.
A horse-drawn tram service also operated on Magazine Road, Penang Road and Chulia Street for a time.

The trams were initially run as a private concession but were taken over by the Municipality in 1904 and became known as the George Town Municipal Tramway. Electric trams began operation in 1906. The company was profitable by 1913 but struggled during the war years. Trams were gradually replaced by trolley-buses from the late 1920s.

From a social strandpoint, trams were generally perceived as being for the labouring classes. Since they were cheap, they were probably crowded. The absence of air-conditioning and deodorant might have contributed to this perception! Professional types preferred to use rickshaws. 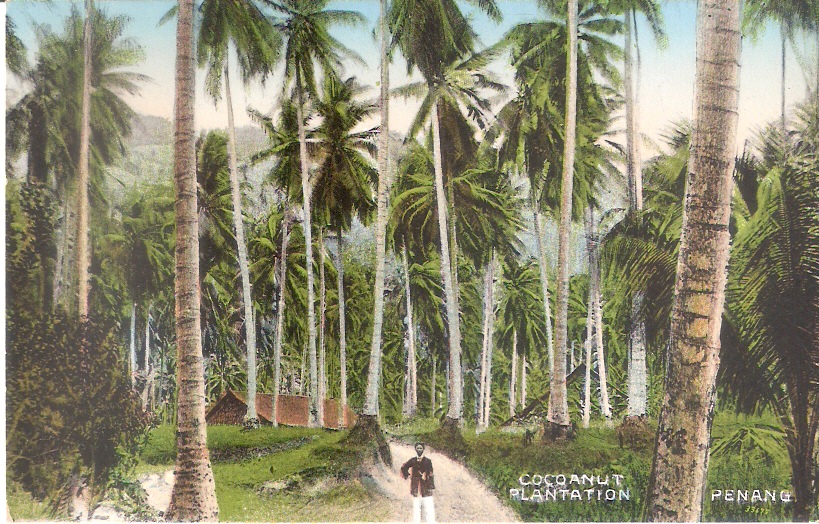 The tram to Ayer Itam would have passed through pleasant scenery. 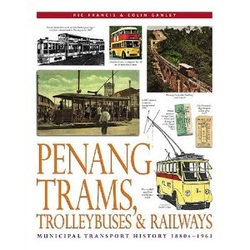 Penang Trams, Trolleybuses & Railways is the book to read.
Return from Penang Trams to Penang Guide

Return from Penang Trams to Home