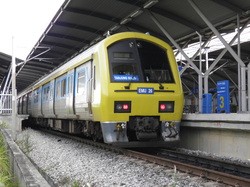 The new station is spacious and airy and more or less identical to all the modern stations on the electrified double track ETS line between KL and Ipoh.

The old station is still standing about a hundred metres away. It is now being used as a restaurant and seems fairly popular.

Here are a few of the sights which are within walking distance of Tanjung Malim station: 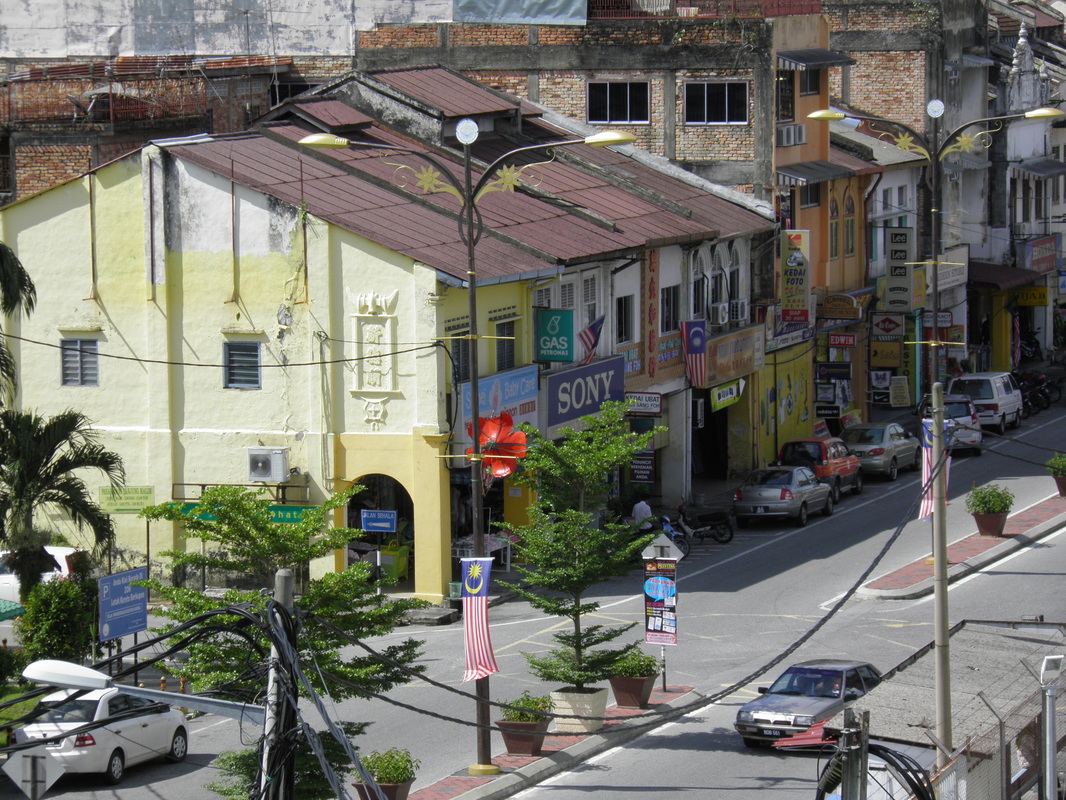 Tanjung Malim is about 70km north of Kuala Lumpur and sits just inside Perak's border with Selangor.

The heart of the town comprises two streets of shophouses built in the early 20th centry by Hokkien immigrants.

Tanjung Malim is infamous in history for being collectively punished by General Sir Gerald Templer (High Commissioner for the Federation) for the residents'  'cowardly silence' during the Malayan Emergency. The area was a hotbed of communist activity and following the murder of Assistant District Officer Michael Codner and 13 others on the night of 24 March 1952, Templer punished the whole town for failing to disclose information on the terrorists. The punishment included a 22 hour daily curfew, cordoning off the entire town with barbed wire, closure of schools and transport services and reduction of rice rations. The authorities went house to house to encourage the residents to submit information, which could be given anonymously in sealed boxes. As a result of information submitted, 28 suspected communist collaborators were arrested, among them several prosperous shopkeepers. Whether they were all truly sympathisers or whether this was just settling old scores remains unknown. The curfew was lifted after 14 days and the tactic of collective punishment was dropped a few months later after criticism in Parliament for being contrary to the British idea of fair play.

other interesting buildings within walking distance of the station