Tanjong Pagar Railway Station was not built when the 1914 Pamphlet of Information for Travellers was published by Federated Malay States Railways and at that time trains from Malaya terminated at Tank Road station.

The official opening of Tanjong Pagar Railway Station on 2nd May 1932 was another piece in the jigsaw which envisaged a railway network stretching from the southern tip of the Asian continent all the way to Calais.

It was enabled by the completion of the causeway linking Singapore island with the Malay Peninsula some eight years earlier.

The station was built opposite Tanjong Pagar docks with the goal of facilitating the movement of ocean-going freight via an intercontinental railway network. 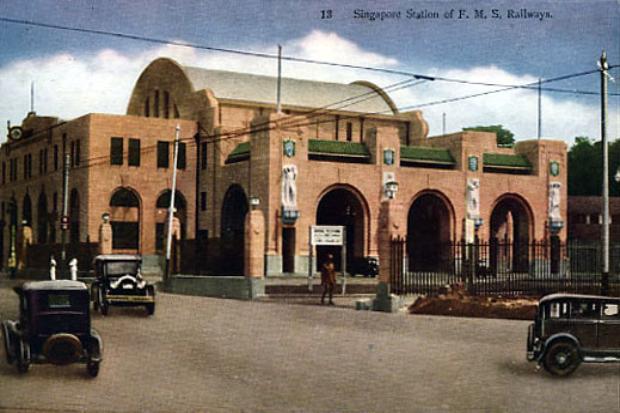 Being built in the 1930's, the station's design incorporates art-deco influences. At its core is a 72 feet high vaulted atrium said to have been inspired by Helsinki's Central Railway Station.

The exterior of the station is embellished with the letters FMSR (Federated Malay States Railway) and under each letter is a sculpture of a figure representing the four pillars of Malaya's economic strength, namely agriculture, commerce, transport and industry. They were sculpted by Italian Rudolphi Nolli.

Inside are painted six distinctive murals also depicting scenes of rural and commercial life in Malaya at the time. 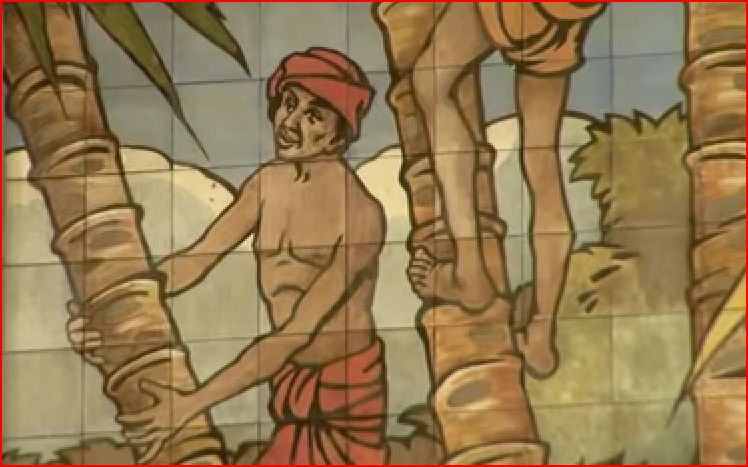 Detail from one of the six murals inside Tanjong Pagar Railway Station. Still looking fresh after all these years.
The upper floors of the station were occupied by the Station Hotel, also known as Lim Eng Peng's Station Hotel, which closed down in 1993. 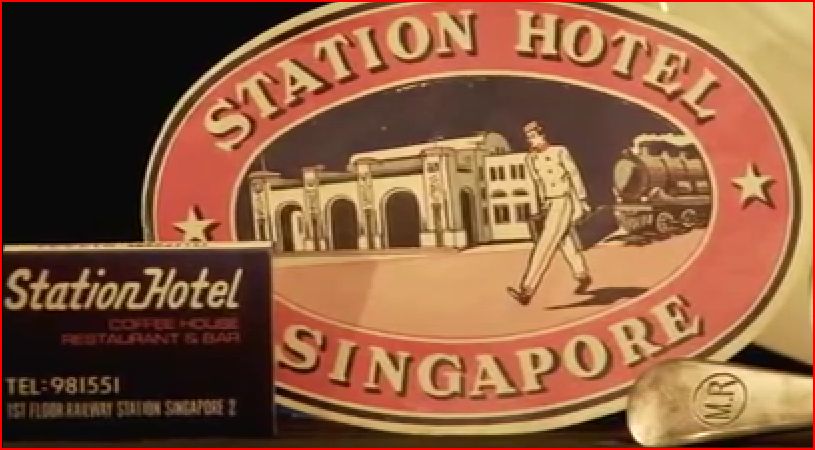 Here is a rather nice video which was made about the station prior to its closure. It includes stories of a ghost and shots of the tasty food sold at the station canteen.
For a lot more information about Tanjong Pagar Railway Station take a look at this interesting website from where some of the details on this page were obtained.