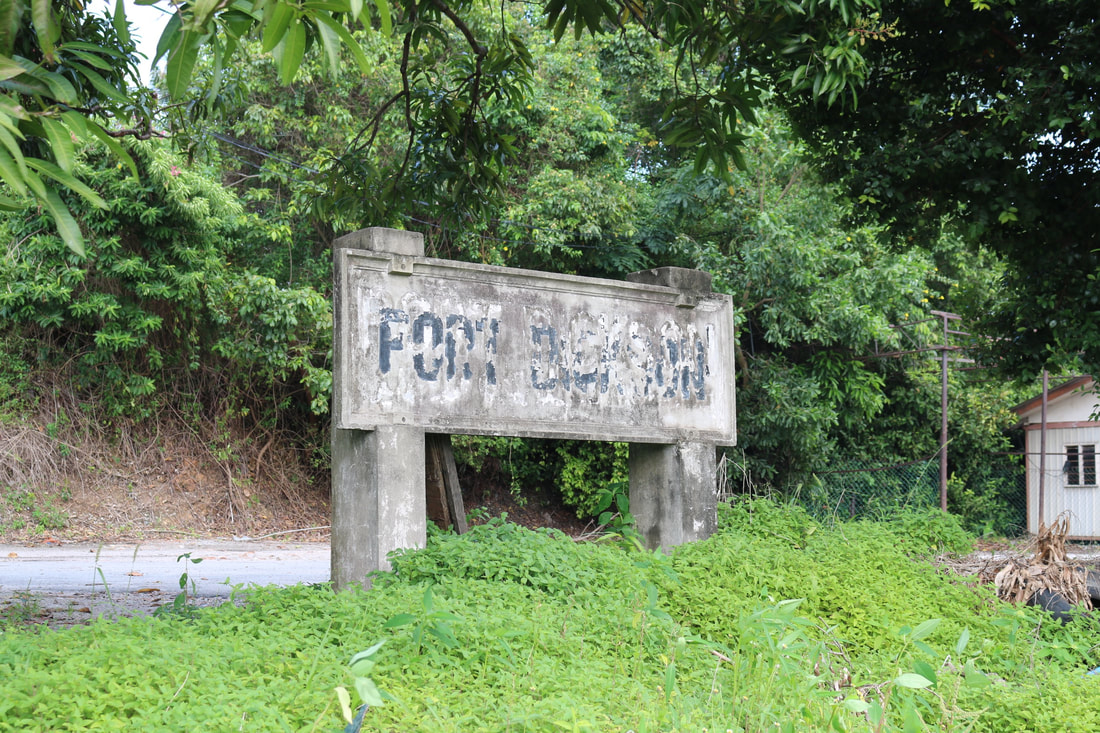 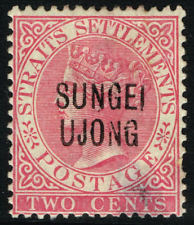 ​The Port Dickson line was opened in 1891 by the Sungei Ujong (Malay Peninsula) Railway Company. It ran from Seremban, the main town of Sungei Ujong (now Negeri Sembilan) to the wharf at Port Dickson, a distance of 25 miles. It was the 2nd oldest railway in the country, after the Taiping/ Port Weld line which opened in 1895.

Sir John Frederick Dickson (photo credit: Port Dickson Municipal Council)
Port Dickson (PD) was a newly established port at the time and was named after the Straits Settlements Colonial Secretary Sir John Frederick Dickson who died the same year the railway opened. Previously PD was a small fishing settlement known as Tanjong by the Malays while the Chinese called it Arang after the charcoal production that took place locally, notably at Pulau Arang, the small island off the jetty at Port Dickson. 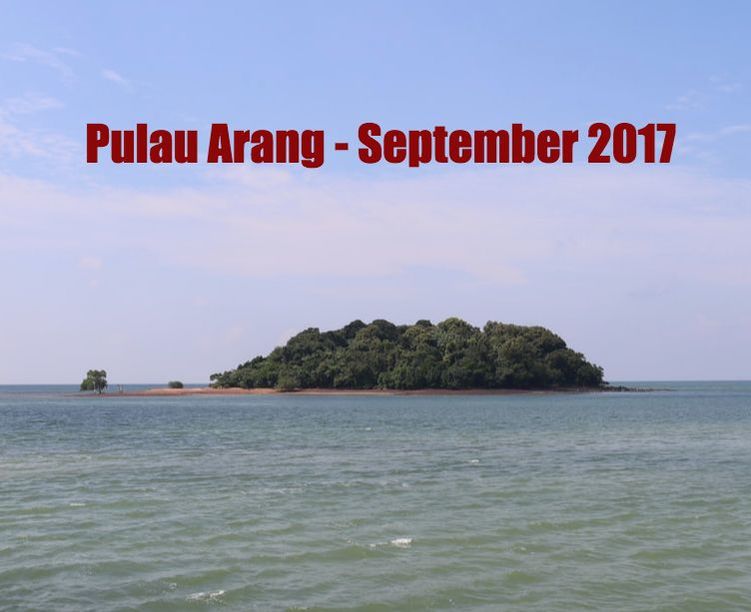 The main purpose of the railway was to facilitate the export of tin ore mined in the interior as well as for passengers who previously had to travel by bullock cart.
There was only one train in each direction per day at first but this was increased to two per day from 1 April 1892 with scheduling timed to coincide with the movements of steamers at Port Dickson.
The railway was taken over by F.M.S.Railways in 1908. The Sungei Ujong Railway had been operating profitably but this may have been by skimping on repairs and maintenance. By July1905 the line and stations were in a ‘deplorably dilapidated condition’ according to The Straits Times of 20 July 1905.
There were initially three stations en route to Seremban; ‘Quala Sala, Rasa and Baubau’ These stations may have been at Kuala Sawah, Rasah and Mambau to use the modern spellings. It was known as the Zig Zag Railway due to its circuitous route but various realignments and line straightening took place over its history, most recently from 1971-77 which involved closing stations at Siliau, Kuala Sawah, Sirusa and Sungai Salak.
The map below shows the final route alignment at the time the line was closed in 2008.
Passenger services were suspended on the line on 1 August 1930 but goods trains continued to operate. In the mid 1960s, with the opening of the Esso oil refinery (now Petron) in PD, oil was shipped by train to the old Subang Airport and Ipoh among other places.
The line closed finally in July 2008 following the derailment of a freight train carrying diesel. Since the line only closed a few years ago, the railways tracks are still in place for much of its distance (nobody has got round to stealing them yet). There are also plenty of signage, signalling and other railway equipment along the line.  There have been proposals recently to reopen the line as part of the 11th Malaysia Plan. Let’s hope this proposal goes ahead. The following photos were taken in Port Dickson in 2017. 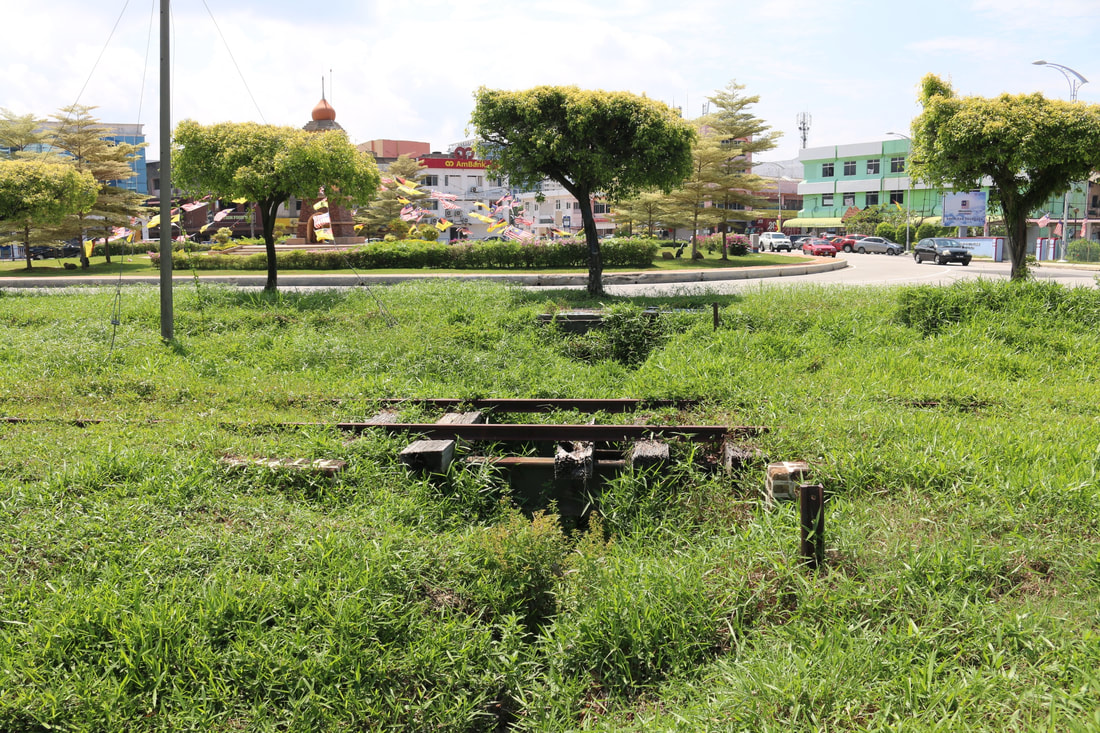 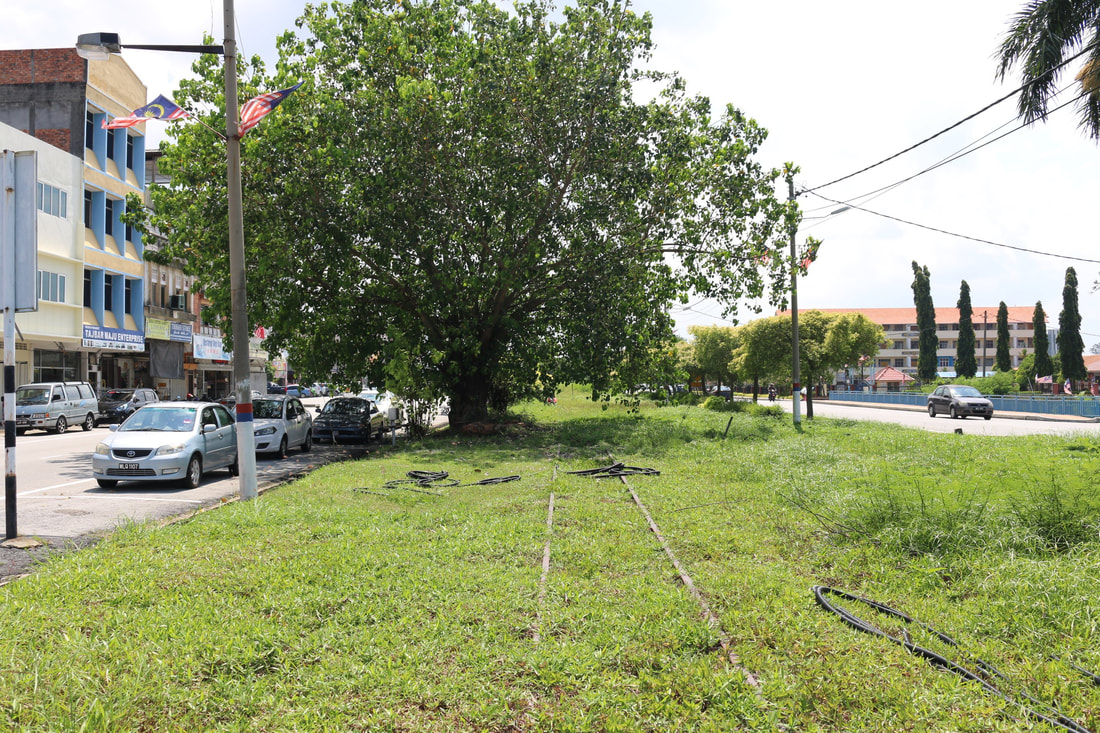 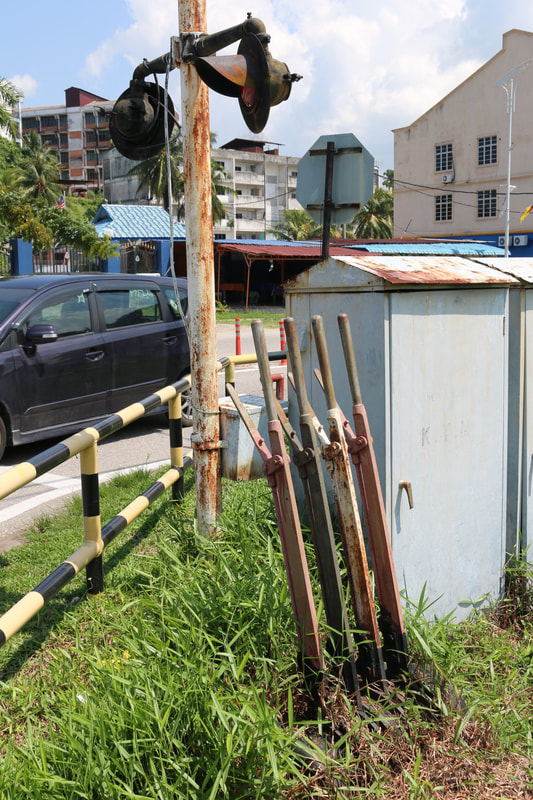 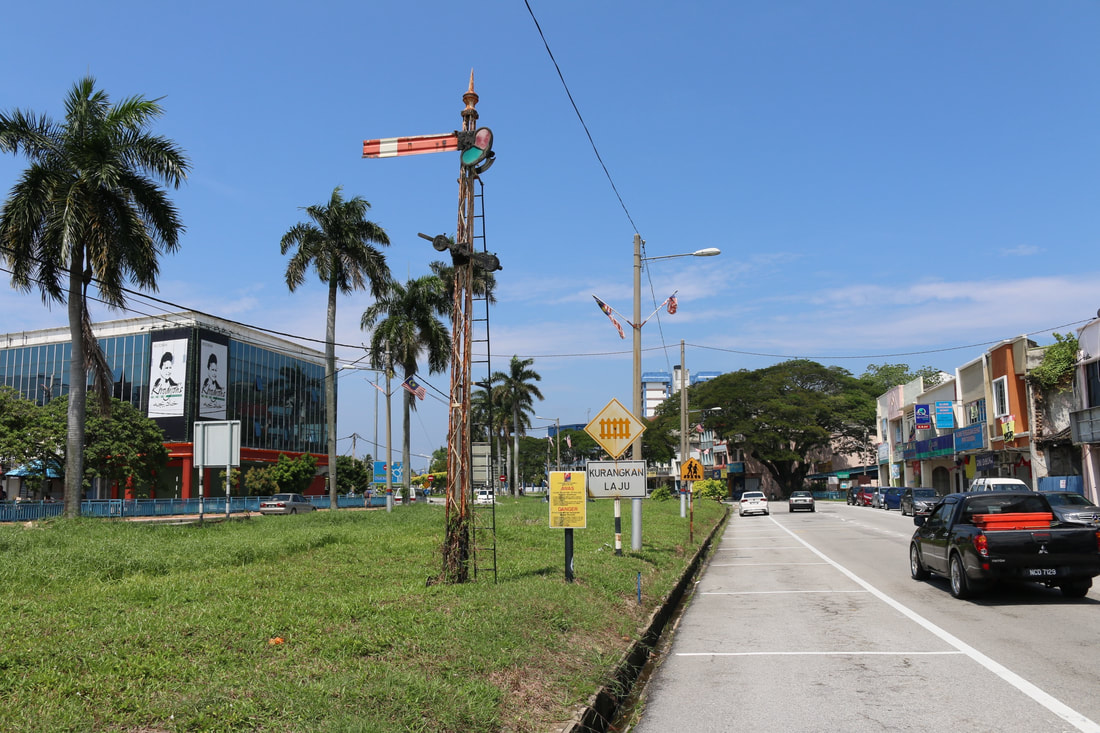 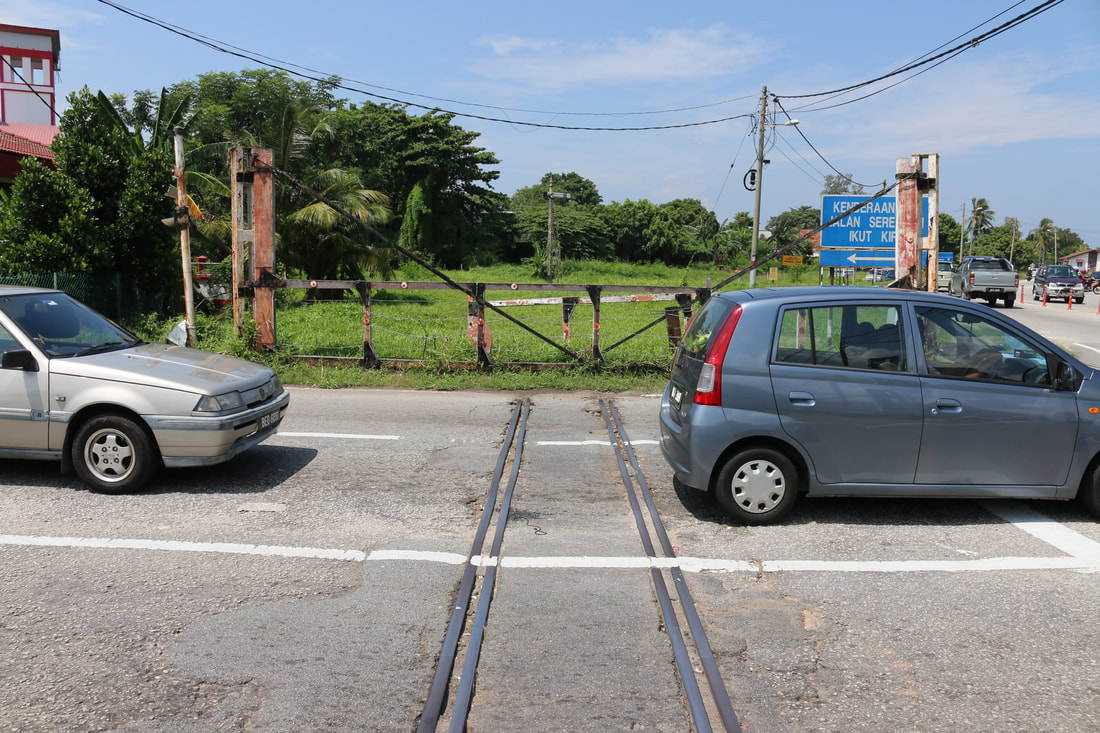 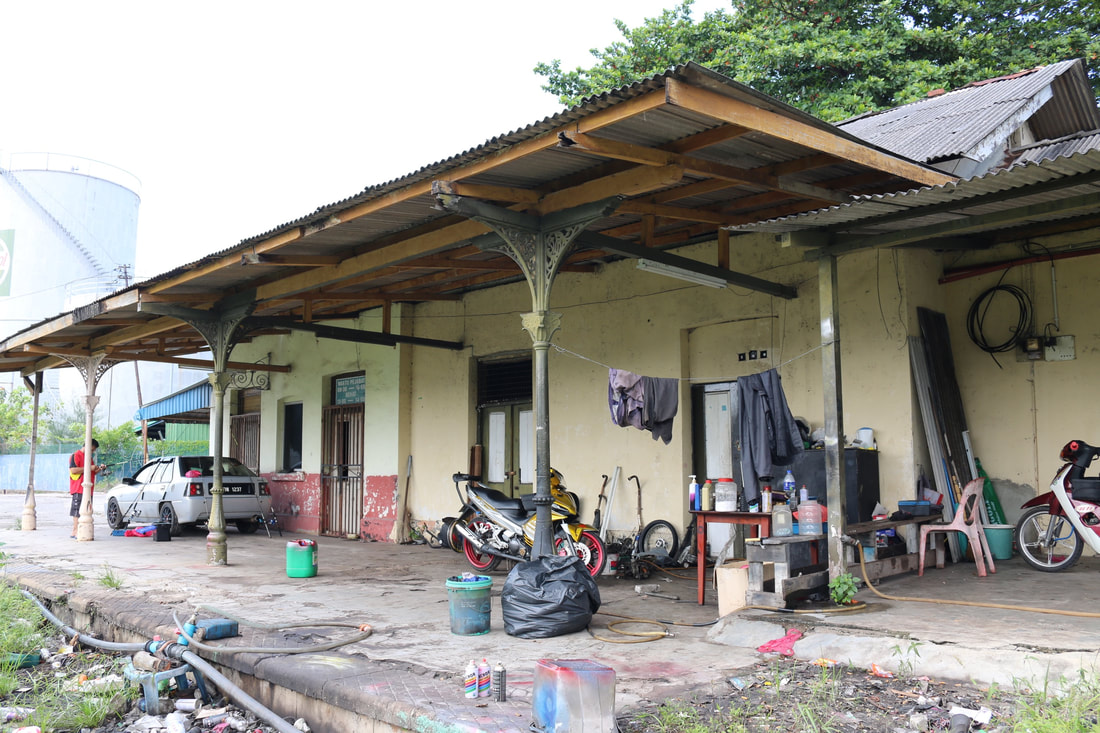 Port Dickson Railway Station, possibly the oldest surviving station in Malaysia.
The building above must be the former Port Dickson railway station. The bottom of the wall is painted in KTMB brown. Is this the original 1891 station? It is certainly old. It appears on this vintage postcard below. 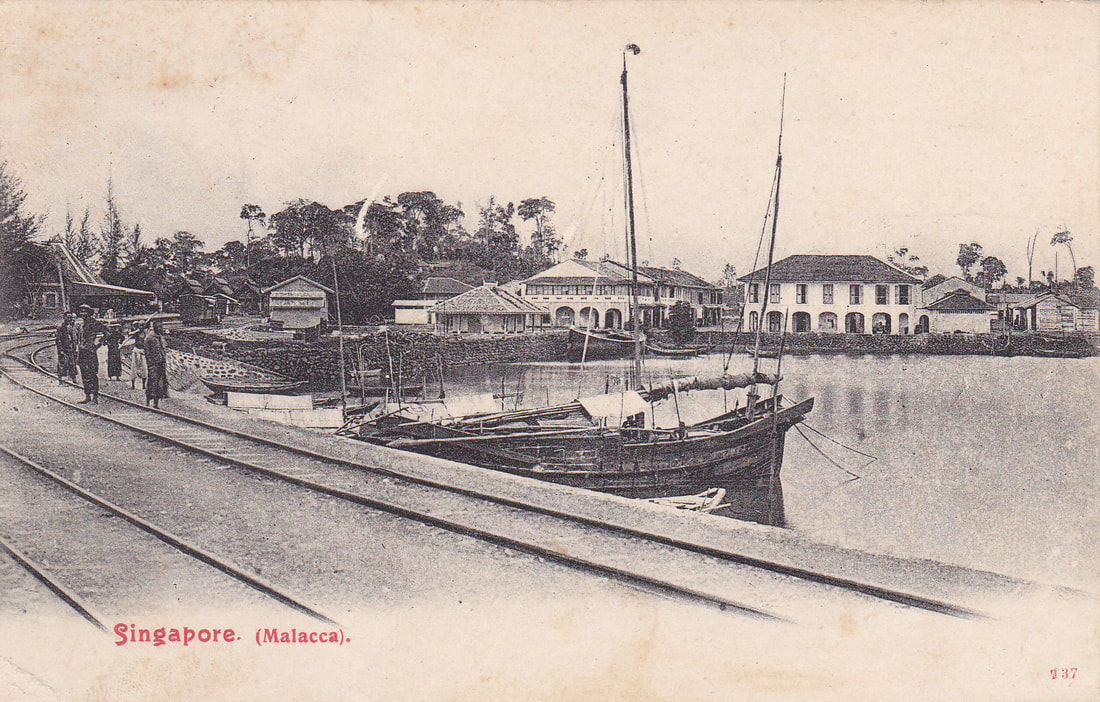 Postcard image kindly provided by Michael Ellison. Although the caption says Singapore (Malacca) it is actually a photo of Port Dickson with the above station appearing on the left.
The postcard bears a King Edward VII stamp. The cancellation date is illegible but the stamp was in use from 1904-1912 so the station was already around then. This means it predates Ipoh railway station (1917) and might be older than the classic KL station (1910).  It cannot compete with these stations for grandeur but it has some fine features including the ornate ironwork columns on both the platform and entrance sides. If it can be proven as the oldest railway station in Malaysia surely it should be protected and restored to its original condition. 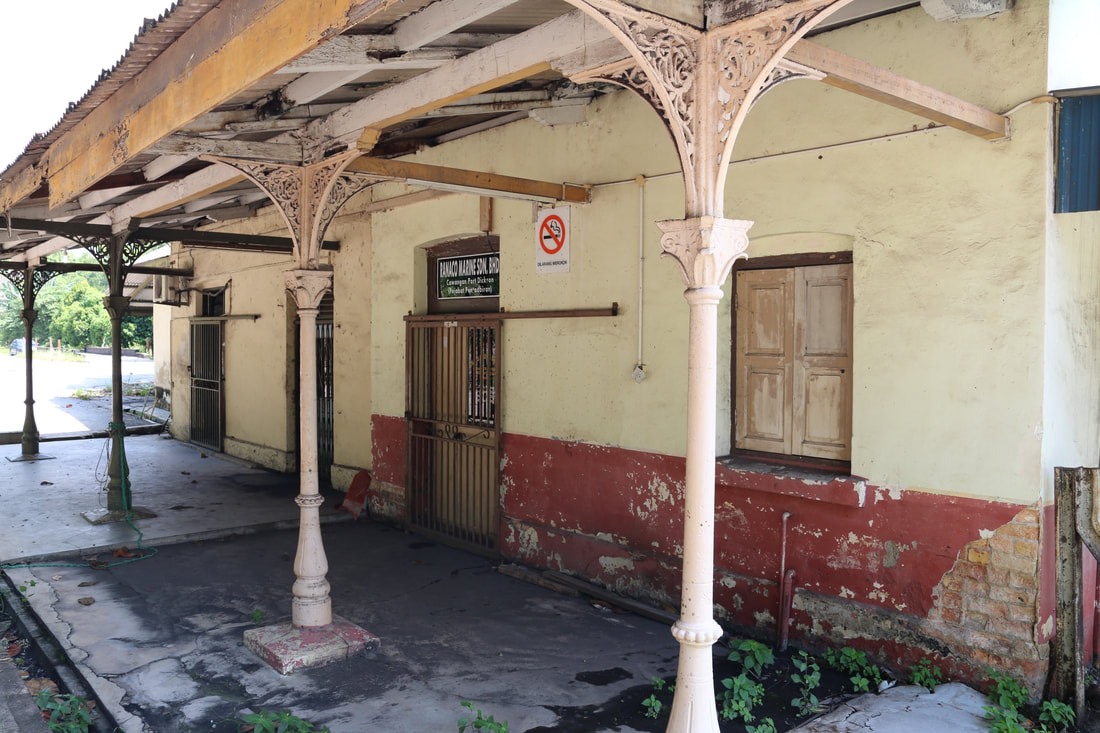 It is currently occupied by Ranaco Marine, a training firm in the maritime, oil and gas sector. 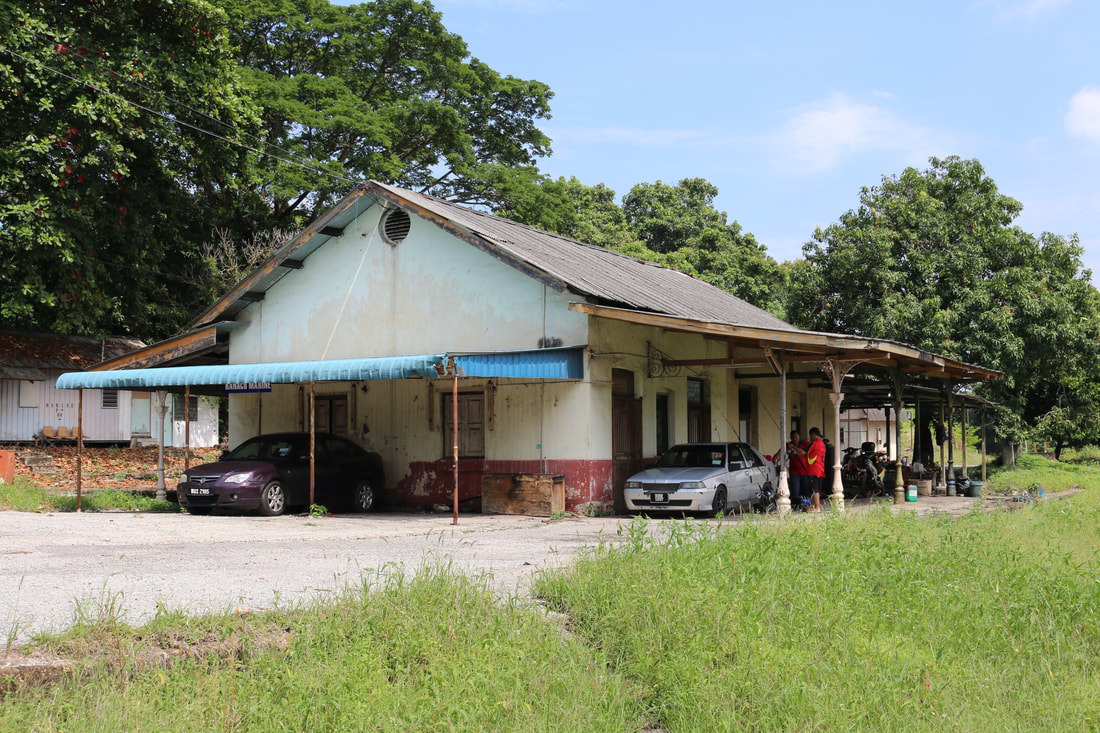 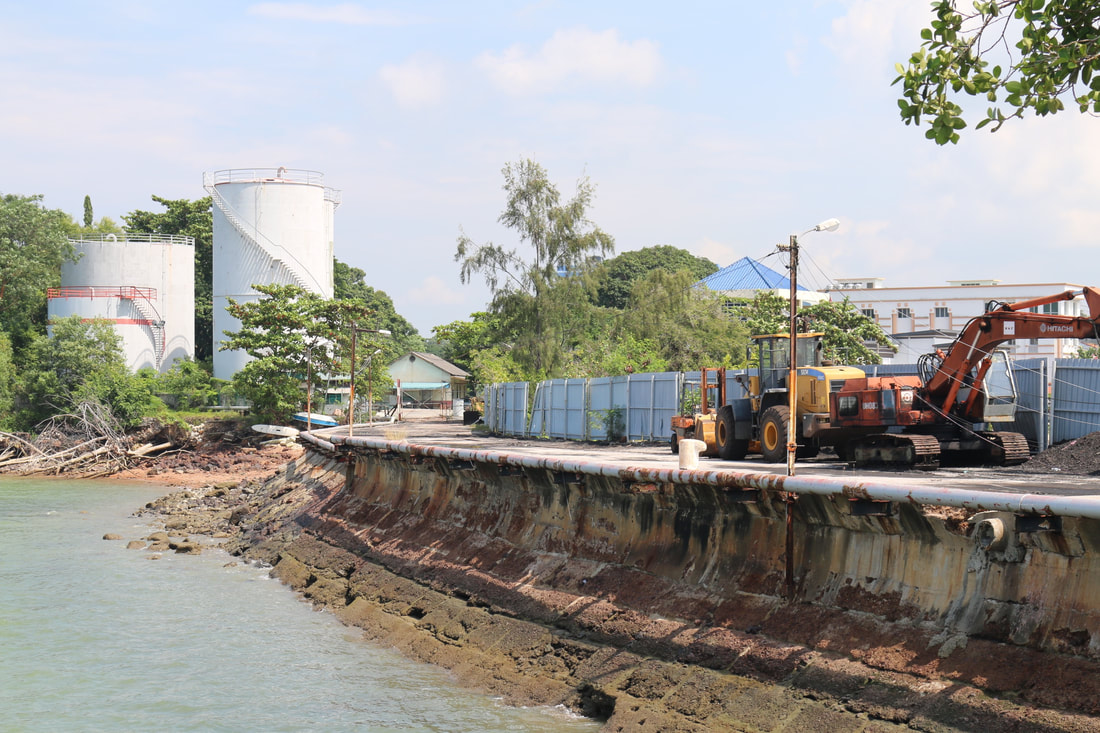