Sungai Siput is another newly built station to accommodate the double tracking and roll out of the Electric Train Service, due to reach here by September 2015 according to the Station Master. The above photo, taken in May 2015, shows one of the new ETS trains at Sungai Siput undergoing testing. The old railway station has been demolished. Here are some photos of the new station. 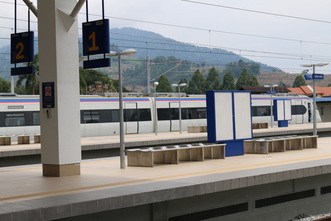 Sungai Siput (meaning Snail River) is a small town in Perak which was reputed to have been the headquarters of the Communist Terrorists during the Emergency. The murder of three British planters near here in 1948 was the event which triggered the declaration of the Emergency. Nowadays it is a fairly typical small town famed for groundnuts which can be purchased from the shops lining its main street.

Two of the more notable buildings in the town are the Post Office and St. John the Baptist Church (1935): 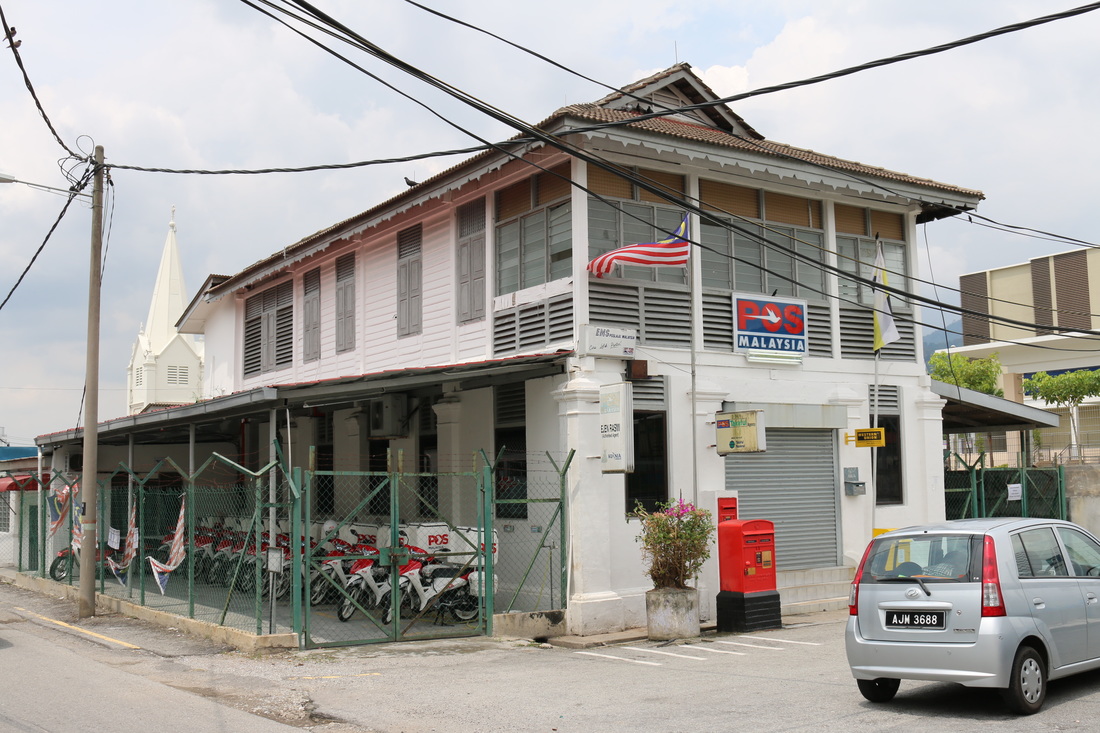 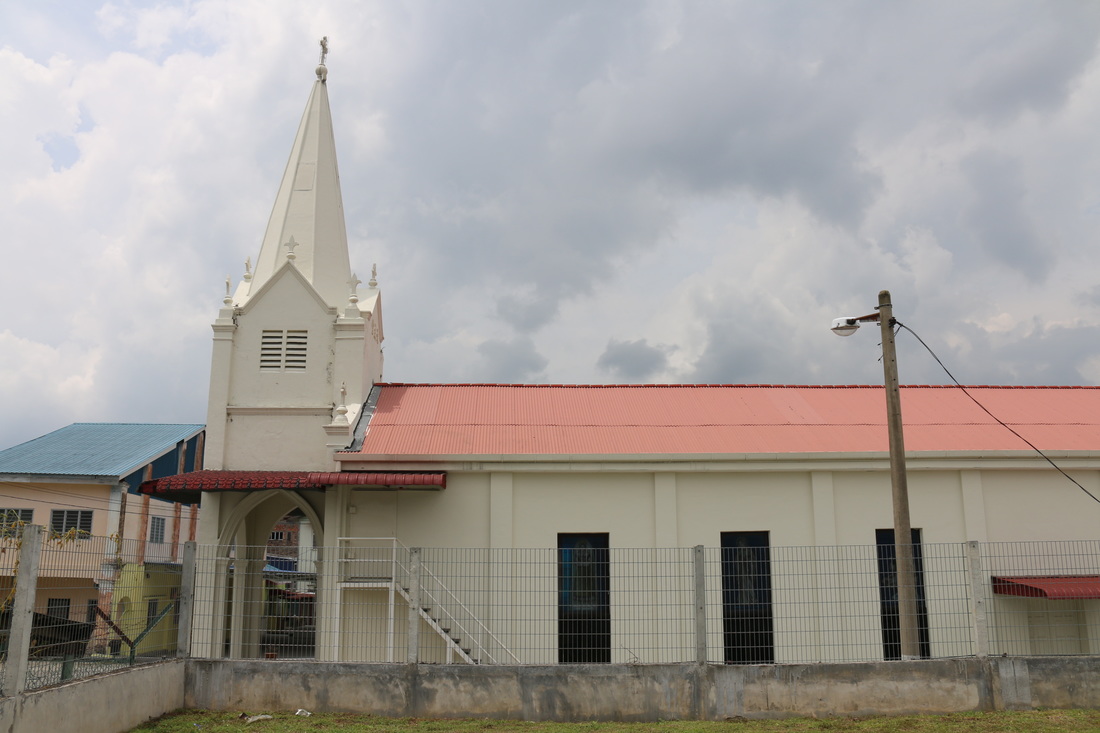 Another famous landmark in the area is the distinctively-shaped Lion Hill which overlooks the town: 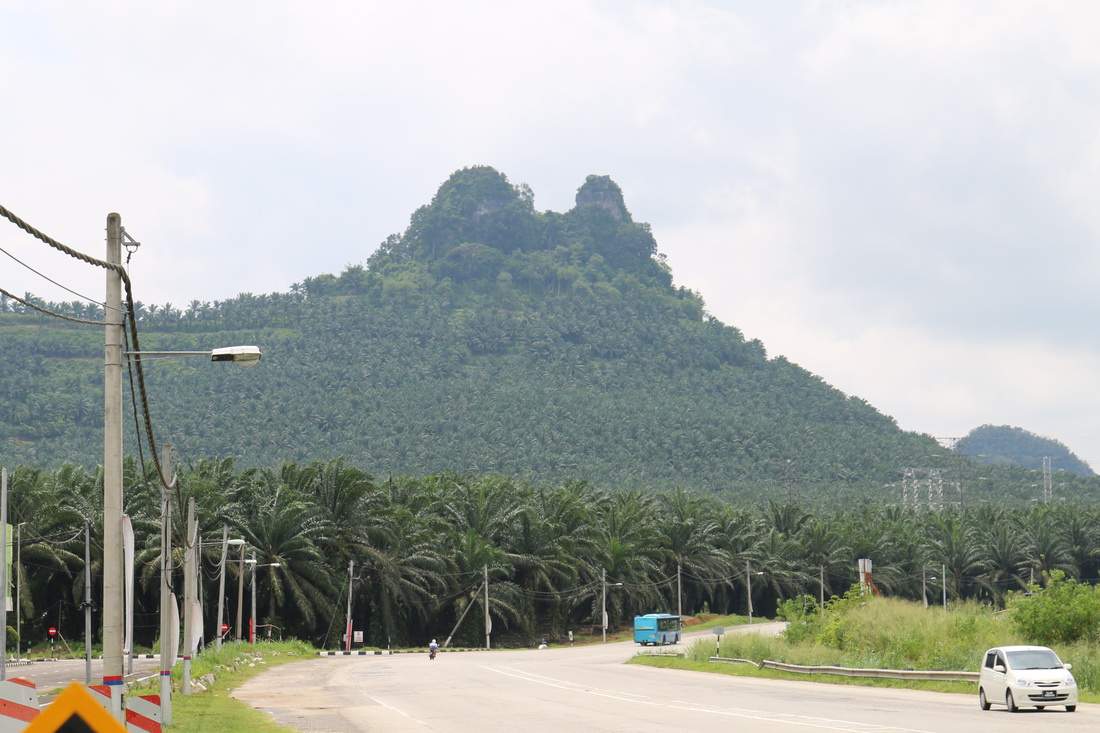 Lion Hill (Bukit Singha), just outside Sungai Siput, looks more like a two-humped camel than a lion.
Return from Sungai Siput to Butterworth to Kuala Kangsar


Return from Sungai Siput to Home
Next Stop: Ipoh